In order to raise the profile of The Upper Room, and also to say thank you to our existing supporters,
we have decided to pilot Winter lectures in 2014. Our first programme of lectures covers:

All lectures will take place at The Upper Room, St Saviour’s Church, Cobbold Road W12, 7.45 for
8.00pm. Donations will be invited, and wine can be purchased. All welcome.
January – Sir Michael Pownall KCB was the Clerk to the House of Lords until his retirement in
2011. The Clerk is the most senior permanent official, in effect –though not in name – the chief
executive of the House of Lords Administration. He became a Clerk in the House of Lords in 1971,
and had a distinguished career of over 40 years working for the Lords in various guises until his
retirement. A fascinating, light-hearted evening is guaranteed.
February – the painter Johann Zoffany was extremely well-travelled, across Europe and even to
India. He was however greatly influenced by Chiswick, living and working there for long periods,
and was finally buried at Strand-on-The-Green. Matthew Morgan is not only a trustee of The Upper
Room, but more relevantly Adult Learning Officer at the National Gallery, and a lecturer at Birkbeck
College, University of London. He has worked as a Director at Christie’s, and in the museum world.
He is currently completing his PhD on Art Museums in Las Vegas.
March – Torin Douglas MBE has been reporting on the media for 40 years, including 24 years
as the media correspondent for BBC News, as well as spells at the Times, the Economist, the
Independent and LBC Radio. He was awarded the MBE in 2013 for services to the community in
Chiswick. He now speaks, writes and chairs events about the media and community issues. Who
would be better qualified than Torin to discuss the “crisis” at the BBC?
April – Andy Slaughter is MP for Hammersmith, and a Shadow Justice Minister on the Labour
front bench. He became a barrister in 1993. He was leader of Hammersmith and Fulham Council
from 1996-2005. He is Vice-Chair of Labour Friends of Palestine and the Middle East, and Secretary
of the Britain-Palestine All-Party Parliamentary Group. Andy is a committed patron of The Upper
Room, and we asked him to talk about Palestine because he brings a knowledge and insight to this
crucial question which few of us possess.
All our eminent speakers are giving their time free to support The Upper Room. Please come and
hear what they have to say.
Space is limited, so in order to guarantee yourself a seat for any of the lectures please telephone
Alyson on 0208 740 5688 or email her on: alyson.upperroom@gmail.com 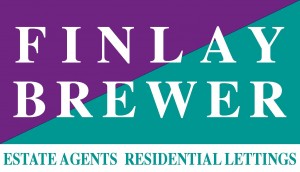